Florida hasn’t always had the nickname “The Sunshine State.” In fact, the state only officially took that nickname in 1970. Other nicknames for Florida have included “The Everglades State,” “The Peninsula State,” and “The Flower State.”

Although the state has many features associated with it, the one nickname stuck. But why is Florida’s nickname tied to sunshine, when the state gets more than its fair share of rainy days, and even hurricanes? The answer comes down to geography.

When Did Florida Get Its Nickname?

The Florida state nickname became law in 1970, although the connection between sunshine and Florida already existed before that. Motor vehicle licenses and every state-issued license plate, along with a few other state-issued documents, already used the nickname in the 60s.

It’s hard to say who first referred to Florida as The Sunshine State. The state has had many nicknames since Ponce de Leon first arrived, based on its unique ecology and shape, along with other factors.

The connection between Florida and sunshine is a strong one, but other U.S. states have many sunny days. So why does Florida get the distinction?

The Sunshine State Is All About Location

Some organizations believe that since Florida has fewer days of sunshine compared to some other states, Florida’s nickname should reflect other aspects that make it stand apart.

But there are a few different ways of counting how much sunshine a given state gets, and this is where Florida’s status shines clear.

Days of Sunshine Vs. Hours Of Sunshine

Because most of the state hovers just above the northern boundary of the tropics, Florida has a subtropical climate. But that doesn’t just mean warm weather and hurricanes.

It also makes a difference when it comes to how long the day is.

At the equator, days and nights are the same lengths: roughly twelve hours, any time of the year. Because Florida is so close to the equator, the state has longer days compared to some other parts of the U.S.

All those hours of sunshine are why solar panels are so popular, and why any solar panel contractor in Florida rarely runs out of work.

The two other major contenders for the nickname “Sunshine State” are New Mexico and South Dakota. Both have unofficial state nicknames referencing the sunshine they receive.

But if a competition did come up, Florida would win. Due to its proximity to the equator, Florida receives an average of more than 10 hours per day of sunshine. In contrast, New Mexico averages 9 and a half hours, while South Dakota receives about eight and a half hours.

Florida Reigns As The Land Of Sunshine

Thanks to Florida’s proximity to the equator, the state gets more hours of sunshine per day on average compared to most of the other states in the U.S., So it’s no mystery that Florida’s nickname is The Sunshine State.

All those hours of sunshine also make solar panels an obvious choice for Floridians who want more efficient energy usage. Make the most of the sunshine hours and bring your electricity bill down at the same time. 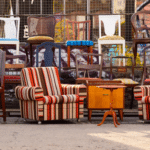 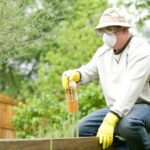