Have you just moved house? Well, you’re not the only one. Around 6 million houses are sold every year in America. It’s an exciting time. But, as you know, moving home can be exhausting too. The good news is that there’s only one more thing to do before you can relax: unpack! The bad news is that even the unpacking process can cause problems. Want to learn about 4 key mistakes to avoid when unpacking after moving?

It’s often tempting to open up the closest box to hand and start unloading whatever’s inside. But stop! Don’t do it.

Create a plan instead.

Unpacking without one is a recipe for disaster. You could end up with all your kitchen equipment in the living room, bedroom items in the bathroom, and so on.

Figure out which room in the house is doing what before you start and then move the relevant boxes to each one. That way, you’ll unpack each item inside the rooms they belong in.

Many people who move house fail to appreciate how much hard work goes into unpacking. They assume they’ll get it done in a day and rush headlong into the process as a result.

Alas, this is a long, physical, arduous task from start to finish! Take your time, be methodical, and make sure you give yourself breaks throughout the day. It’ll preserve your energy and stop you from burning out.

3. Forgetting About the Essentials Box

Of all the boxes piled up in your new property, the ‘essentials box’ is by far the most important.

As the name suggests, it contains all the basics things you might need straight away in the new home. Think toilet paper, coffee/tea (and kettle), a few plates, knives and forks, and washing up liquid.

Make sure you don’t lose this box in the mass of others! There’s nothing worse than rummaging around for hours trying to find it. Keep it separate to ensure you have access to the all-important bits and pieces inside.

Unpacking involves more than just unloading small household items. You’ve got big, heavy furniture to shift into position as well! There are beds to lift, sofas to move, cabinets to carry into offices, and so on.

Be careful whenever you’re faced with furniture of this nature. After all, there’s a reason people working in warehouses use a steel hand truck to transport goods! Carrying everything alone and by hand is a recipe for getting injured.

Take the same tack when unpacking. Get assistance whenever you need to move bigger and heavier items.

Avoid These Mistakes When Unpacking After Moving

Moving house can be a long and tiring process from beginning to end. But it’s even worse when you make mistakes along the way! They exacerbate the stress, hassle, and effort involved already.

If you’ve just moved home, then you’re through the worst of it. However, even the unpacking phase can provide its own set of problems. With any luck, though, the information in this post will help you avoid the most common mistakes people make when unpacking after moving.

How to Add Character to Your Home
November 17, 2022
What Are the Types of HVAC Systems for Houses?
November 5, 2022
Important Considerations When Buying a Generator
October 13, 2022 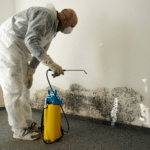 Previous Post 8 Signs to Detect Mold in Your Home 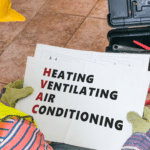 Next Post Home Improvements: The Best Tubing for HVAC Repair